The global Covid-19 pandemic and quarantine measures in Lithuania have raised concerns about job retention among working people, as well as fears over their professional future – leading to negative effects on productivity. Employers must therefore focus on solutions and measures that will help employees to improve their psycho-emotional state and work efficiently in the current situation, according to  a study conducted in June by communication agency Adverum and data collection and consulting company Norstat LT.

“Communication from an attractive employer is receiving more and more attention,” says Ieva Naujalytė, partner in the communication agency Adverum. “Therefore, we wanted to see and understand how the pandemic and quarantine affected this area of communication, and how to help companies respond to the new reality.”.

The study suggests that almost half (42%) of Lithuania’s working-age population feels negative as a result of the country being affected by the global pandemic. People feel more anxiety, uncertainty and stress. Only 37% of working-age respondents in Lithuania reported feeling no change in their sense of well-being. Meanwhile, just 7% felt positive about the situation, with 3% seeing new opportunities. 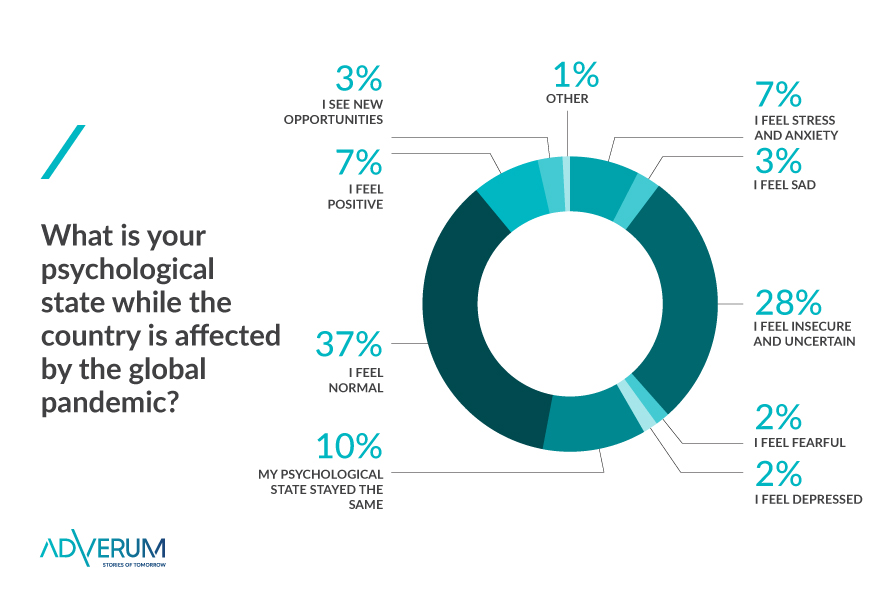 “Employees are mostly concerned about controlling the situation. Even though the quarantine is over, there still remains a degree of uncertainty about how work relationships will develop, whether people will be able to keep their jobs and pursue a career,” says Ieva Naujalytė. “Therefore, when planning any internal communication, it is necessary to take this into account and think about what decisions, words or numbers will help employees to feel more stable.”

The most frequent concern, affecting 36% of working-age people in Lithuania who reported negative emotions, was uncertainty. Almost one in three respondents (31%) also admitted to being worried about their financial future. One in five (21%) said they were afraid of becoming ill, while one in 10 is afraid of losing their job. 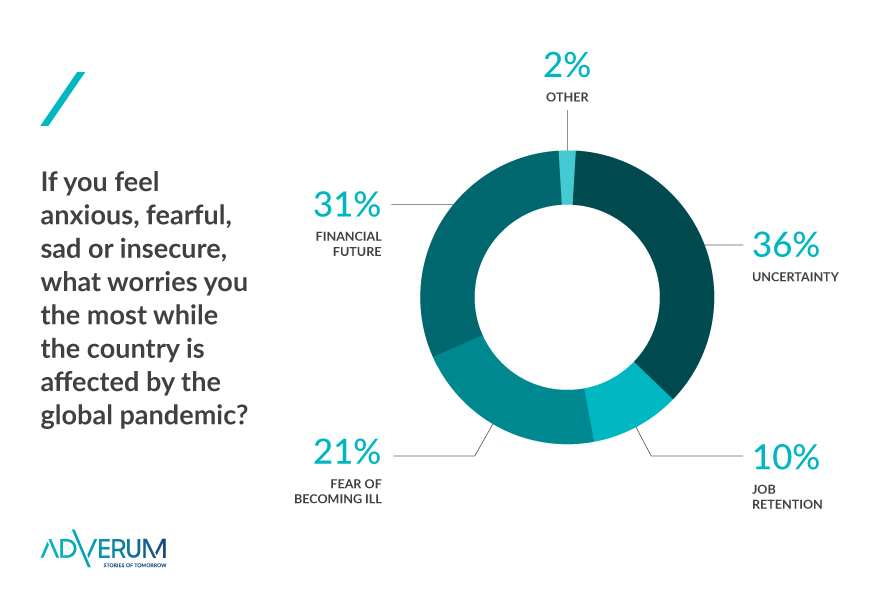 The survey also revealed that the pandemic has affected productivity in performing tasks for 27% of the working people surveyed. Of these, 40% indicated that it now takes them longer to complete tasks. A similar share of responses (37%) indicated the need for faster adaptation and response to a changing situation. 7% of respondents also said that decision-making time has lengthened. 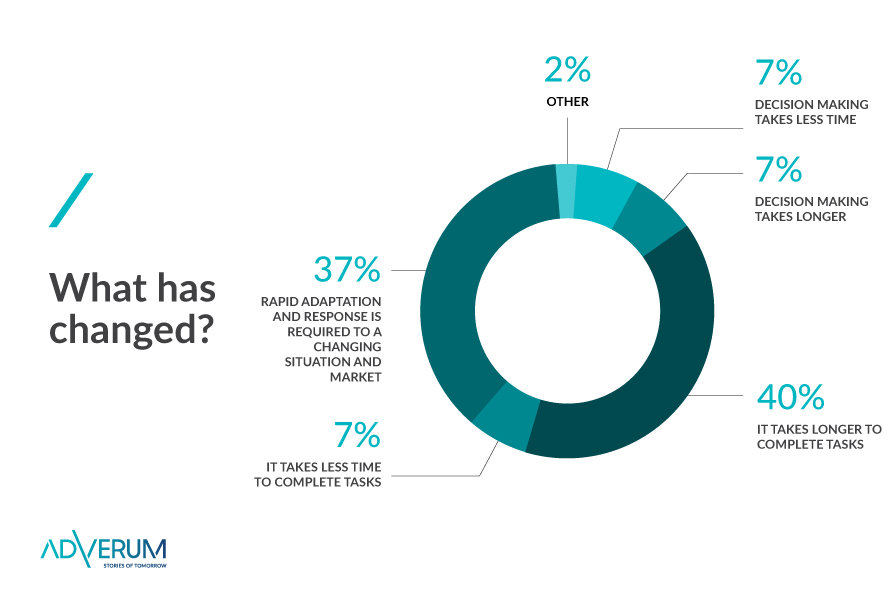 According to the study, as many as 79% of employees would appreciate additional actions from their employer. More than one in three said a flexible work schedule would help them to work more efficiently and effectively. A quarter of respondents indicated they would like more direct communication with their supervisor. Other measures listed include training, more team activities, psychologist consultations, etc. 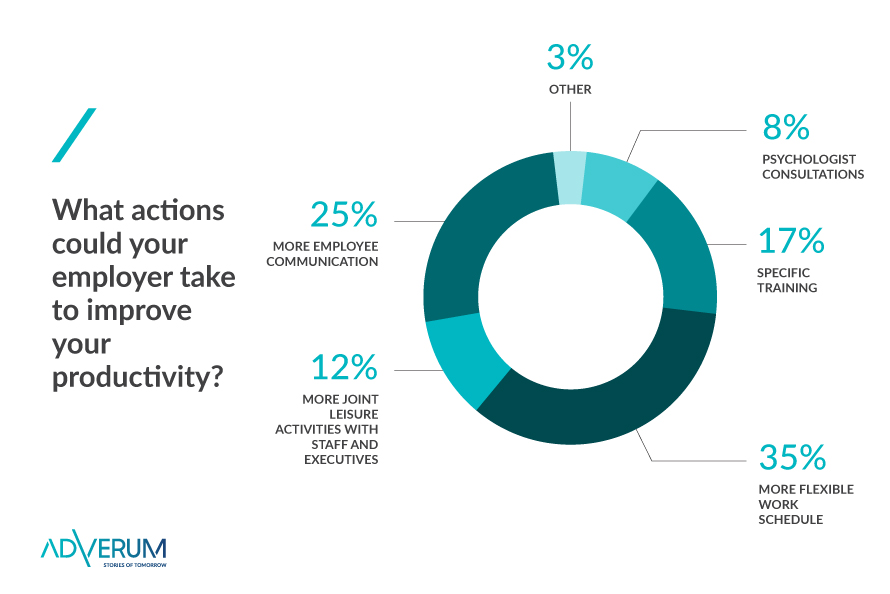 The study was conducted between 5 and 15 June 2020. In total, 500 Lithuanian residents between the ages of 21 and 64 were interviewed by the international data collection and consulting company Norstat LT.

This site uses cookies. By continuing to use this site, you agree to the use of cookies. Read more here
I AGREE